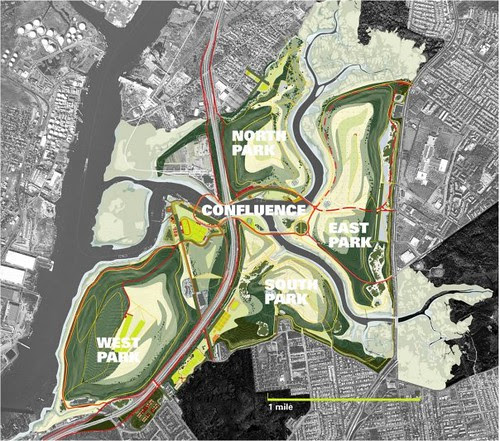 We just came across this blog (via) for the Freshkills Park in NY. It's maintained by "members of the New York City Department of Parks & Recreation team working to develop Freshkills Park."
While we may suffer from blog overload, this is a really great find, with posts ranging from Freshkills specific topics to larger issues of ecology and renewable energy.
Posted by ryan griffis at 3:36 PM No comments: 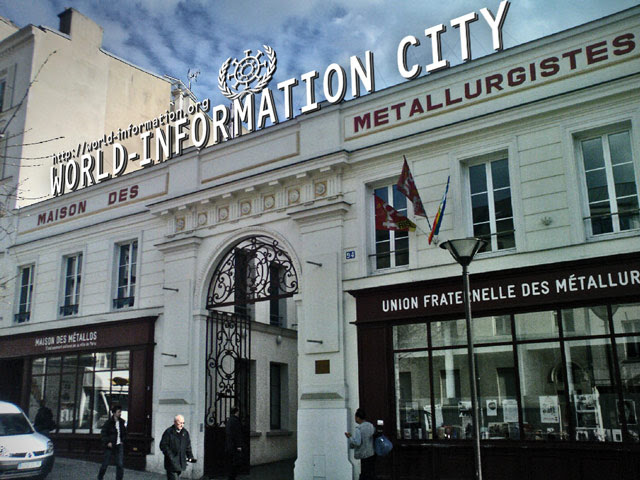 We just received an announcement for what promises to be an amazing conference in Paris, hosted by World-Information Institute for Futur en Seine. The conference title is "In/Visibility, Access and Urban Zoning," and features John Urry, Eyal Weizman, Brian Holmes, Bruno Latour, Saskia Sassen, Stephan Graham, and more. Takes place Saturday May 30 and Sunday May 31, 2009 14:00-19:30, and admission is free.
We don't think we could have dreamed up a more interesting line up. Unfortunately, we're not in Paris and it doesn't look like there are any simultaneous broadcast streams. Bummer.
Posted by ryan griffis at 10:43 AM No comments:

A sex theme park, called Love Land, set to open in October in Chongqing, near the Yangtze River in China will, alas, not get the chance to greet visitors with its sexy statue. 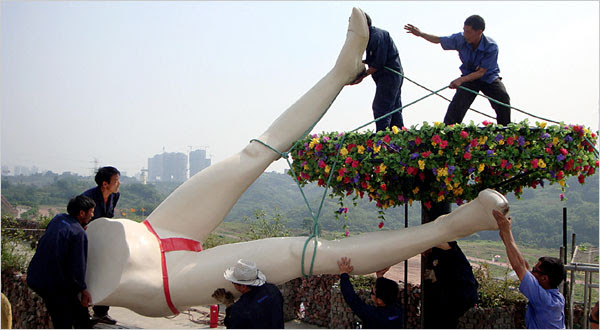 via NY Times, China Daily and News.i63.com
Posted by ryan griffis at 11:11 PM No comments:

Our friend Nick recently sent us the Mother Jones list of tourist destinations for recessionary times. Definitely some good suggestions - we visited the Herbert Hoover Museum and Presidential Library earlier this year, and it's definitely worth the trip to Iowa (really great models!).
If none of these are your cup of tea, there's the suggested "Drug Tunnel Museum of Nogales, Arizona". Or, if you prefer your drug tourism above ground, and can get to Spain, take really, really deep breaths.

Posted by ryan griffis at 12:54 PM No comments:

Scouting the War on Terror 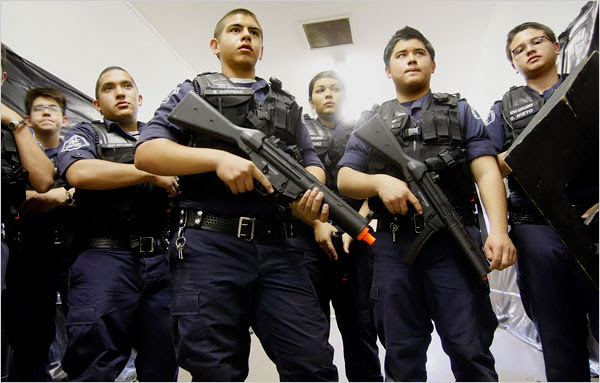 The NY Times reports on an Explorer Scout program that "trains" young scout to "fight terrorists".
Here's how the article describes the program and its attraction for youth:

The training, which leaders say is not intended to be applied outside the simulated Explorer setting, can involve chasing down illegal border crossers as well as more dangerous situations that include facing down terrorists and taking out "active shooters," like those who bring gunfire and death to college campuses. In a simulation here of a raid on a marijuana field, several Explorers were instructed on how to quiet an obstreperous lookout.

"Put him on his face and put a knee in his back," a Border Patrol agent explained. "I guarantee that he’ll shut up." 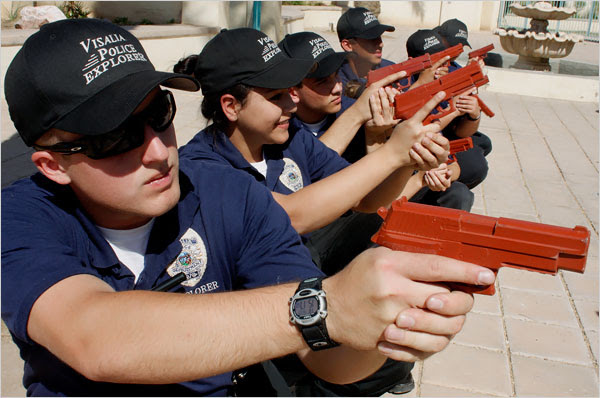 And what attracts youth?

One participant, Felix Arce, 16, said he liked "the discipline of the program," which was something he said his life was lacking. "I want to be a lawyer, and this teaches you about how crimes are committed," he said.Cathy Noriego, also 16, said she was attracted by the guns.

We could go on about the convergence of individualistic/libertarian fantasies, digital games and the dual role these fantasies play in reproducing legal and illegal violence... but that's not really our goal here. But we can't help but be reminded of the stories from a couple of years ago about the production of touristic experiences surrounding illegal border crossing.

Photos: Todd Krainin for The New York Times
Posted by ryan griffis at 12:26 PM No comments:

The Nude, the Dark and the Slightly Off

The Nude:
A nudist hotel opens in Germany and, just in case, the Swiss make sure visitors don't wander into the alps in their birthday suit.
The Dark:
A British firm plans a cruise to celebrate the anniversary of the Titanic disaster.
Apparently, the Killing Fields are good for gambling?
Nebraska needs a tourist site really, really bad.
And the Slightly Off:
Did you visit the four corners? Ooooh, so close.
image via
Posted by ryan griffis at 11:33 PM No comments: